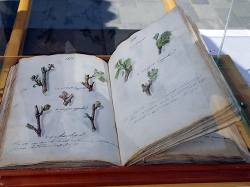 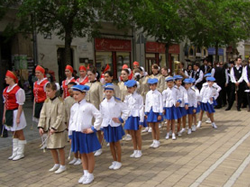 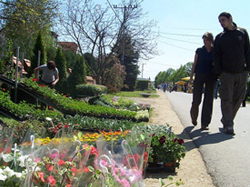 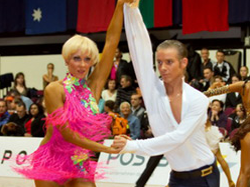 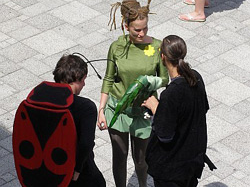 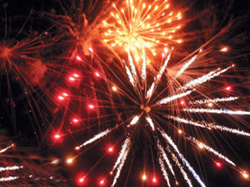 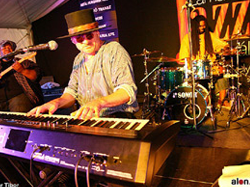 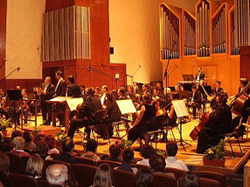 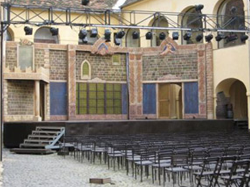 The event, organised in the Village Museum of Szombathely at the end of April, has a 400-year-tradition. The venue provides an excellent opportunity for visiting families to have an insight into the culture of the rustic lifestyle and architecture. Folk dancing, folk music groups and puppet-shows make the programmes colourful. Much to the delight of the visitors, the fair has also features wine shows since 2006 where quite a few of wine cellars can introduce their products.

On St. George’s day, domestic wine-growers go tothe wine hills near the town of Kőszeg, a tradition followed every year since 1740. People take the shootings through the town in the morning and hand them over to the mayor of the town, who delivers an official speech to open the series of events. The programme includes a winecompetition, winetasting, the inauguration of wine-loving ladies, electing Queen of Wines, classical music concerts, brass band concerts and various dance performances. There will also be lectures delivered by wine experts on various topics e.g. new trends and current issues in vini- and viticultures.

Dancing is very characteristic in the culture of Szombathely. All the local dance groups join the procession and get introduced during this feast.


The flowery route of Herény:

It might be due to the special climate and favourable environmental features of the town that there are two leading businesses in horticultures and thirty different greenhouses within a single squarekilometre. In the second part of April, „flower road” opens up flanking several streets in the district featuring annuals, perennials, houseplants, firs and blossoms. A recurring parts of the programme are the exhibition for rare plants, expert consultances, the handicrafts fair, the steak-houses and the stand-selling local wine.

The competition organised since 1966 has justly achieved a status as a major Hungarian dance program. The pairs perform Latin and standard dances. The prestigious social event provides spectacular amusement and an enduring experience for fans of professional dancing.

The root of this feast is the fact that the protagonist claimed in James Jocye’s writing, named Ulysess, was said to have been born in Szombathely. Researchers later found that a family with the name Blum really lived in the town in the middle of the 19th century and one of their members, a certain Lipót Virág, might have met James Joyce while in Trieste. This story created the now traditional event, which includes concerts, theatric performances, different artistic programmes and the wreathing of the one-time house of Leopold Bloom.

People celebrating at the time of midsummer actually revive mediaeval traditions. The events are traditionally held arround the Boating Lake and on its island, made complete by performance of comedians, men on wooden legs and a firework at midnight

The best blues and jazz bands are seen on the stage from different parts of Hungary as well as from the neighbouring countries. The Lamantin Improvisational Camp is an important part of the event, where the most famous Hungarian jazz musicians teach their students. The music programmes are accompanied by other cultural and gastronomic events.

Different music master courses in contemporary music concerts, performances, exhibitions and other scientific and artistic programmes are in the focus of the event, where everything is related to the life of Béla Bartók. The most important Hungarian and European representatives of contemporary music life assemble in the town for a few weeks.

The theatre festival is organised among the old walls of the Jurisics Castle with well-known actors performing year after year. There are not only dramas and comedies performed, but also operas, operettas, classical musical concerts and folk musical programmes can be seen.

It is one of the biggest mediaeval festivals in Central Europe, which attracts a growing number of visitors into the town. During these days the centre of the town turns into a huge festival, where you can easily meet local people dressed as princesses, soldiers from the 15th Legion of Claudius,etc. There are lot of amenities awaiting for every generation: the Adventure’s Castle organised especially for children, or the Street of Wines for adults. At least once in your life you must visit this magnificent event, which attracts more than 100,000 visitors a year.

Chestnut is one of the most typical fruits of the region besides grape, which was also used as a sort of currency at the custom points in the mediaevel times. The main attraction of the feast, organised in October, is chestnut tasting where chestnut fried in special pans. The event is further coloured by craftsmen’s products, folk dancing and music programmes.

St. Martin, a native of Svaria, was the most famous figure of the Christianity not only in Hungary but all over Europe. The fair inspired by St. Martin is closely connected to the history of the town. During the two weeks of the event you can visit artistic and folk programmes, gastronomic and church events. The events include programmes organised for the smaller and larger public alike.